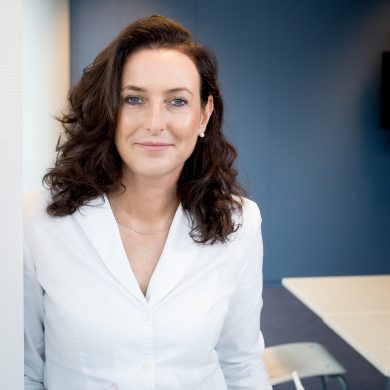 Member of the Executive Board, Clearstream Banking AG

Martina Gruber is Member of the Executive Board of Clearstream Banking AG
Frankfurt and Head of Relationship Management Europe, CEE and CIS.
She began her professional career in consulting and worked for five years on
projects in the financial sector in various countries, mainly for banks and leasing
companies.

Two years after she originally joined Deutsche Börse, she left to take
responsibility for the Funds Account Outsourcing area at Financial Markets
Service Bank (the transaction bank of HypoVereinsbank, Munich).

In August 2002 she returned to Deutsche Börse/Clearstream as Executive
Director responsible for Relationship Management Europe.

In September 2012 she was nominated as a Member of the Executive Board of
Clearstream Banking AG.

She is based in Frankfurt. Martina is also Chairwoman of the Supervisory Board
of Deutsche Börse Commodities GmbH, a joint venture launched in November
2007 by Deutsche Börse AG and various partners.

Buy this theme at ThemeForest.net